At Pro Dog School we are passionate about helping owners to develop greater communication skills with their animals. Holly is the founder and senior behaviourist for Pro Dog School (formally called Problematic Pets). She primarily works with cats and dogs, but can also help with other species (including horses). 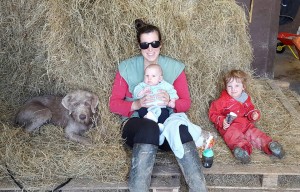 Holly has owned a multitude of pets throughout her life and began her professional career in 2003 by attaining a degree in Animal Behaviour Science (Hons). Following her degree Holly went on to work for the Pet Food Manufacturers Association (PFMA) in London. There, she worked in communications and marketing and managed the organisation’s Veterinary Nutrition Committee. Holly then went on to work as the Senior Secretariat for the Pet Health Council and later for a charity called National Pet Month (NPM). In these positions she was fortunate enough to work with organisations such as British Veterinary Association (BVA), Society of Companion Animal Studies (SCAS), National Office of Animal Health (NOAH), Pet Care Trust and the Peoples Dispensary for Sick Animals (PDSA). Then, after a stint traveling around the world, Holly went on to work as a Marketing and Research Executive for the super premium, pet food manufacturer, Arden Grange. All of her roles have helped her to gain invaluable knowledge about pet nutrition, welfare and the benefits of owning pets.

Holly continues to develop her education in animal behaviour by regularly attending a variety of courses (please see here). She is dedicated to animal welfare and has over 400 hours of volunteer work experience. Holly previously volunteered for a number of years as a dog socialiser and volunteer mentor for Battersea Dogs and Cats Home in London. There, she learnt about the variety of dog breeds and how to work with nervous and unpredictable canines. She has also volunteered for the RSPCA and Mayfield Alternative Livery and Training Yard and even ran the London Marathon 2009 to help raise money for the Blue Cross Animal Charity. Most recently she has been running the dog show each year at the Albourne Village Show which raises money for the local re-homing charity Allsorts Dog Rescue. Holly is on the committee of the Association of Pet Behaviour Counsellors (APBC) acting as their provisional member representative. She is also a full member of the Association of Pet Dog Trainers (APDT no. 01120), a Certified Behavioural Adjustment Training Instructor (CBATI) (one of only five trainers qualified in the UK) and an Agility Club Approved Instructor (ACAI).